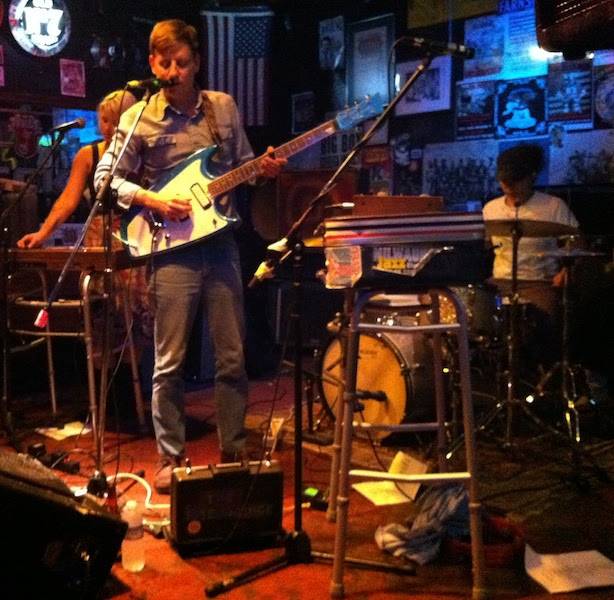 Catchy "lo-fi" garage-y rock.  Like like like like like like like. While some wonder why the Intelligence's pop ditties aren't more popular, some have a greedy desire to see them remain underground, so they remain all yours.  The paradox of Indie, I guess.  I'm not going to go there.  This is not Pitchfork.  I had a blast, and while not as insane as they were during Thee Oh Sees set, the crowd certainly were buying what Finberg and Co. were selling.

I had seen The Intelligence once before, at Part Time Punks in 2009.  They made a positive impression then, and it continued forward to seeing them a year later.  I quite liked "Block Of Ice" not realizing it was a cover of the group they played after.  Or is it the Thee Oh Sees who cover it?  No, I was right the first time.

My recording was done with the trusty Sony PCM-M10, which I had set on top of a video poker machine stage left-ish.

Setlist (the entire set was filmed with my iPhone 4, all songs linked):