Recorded by thehappyone with Sonic Studios DSM-6s/L mics into an Olympus LS-5. 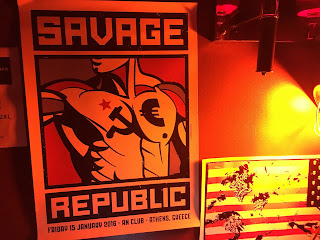 Intense set (multiple 50 gallon oil drums were brought out this time) which oddly didn't include anything from their latest album "Aegean".  At one point drummer Alan gets "fired" so Kerry can play drums on "Ivory Coast"...he's told there's no back door, you have to leave in shame in front of all of these people...but don't fret, he's back pounding the skins by "Spice Fields"...no shirt, all service.

More photos from the show... 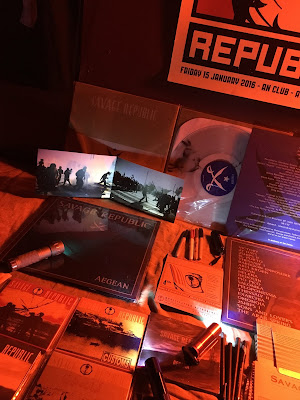 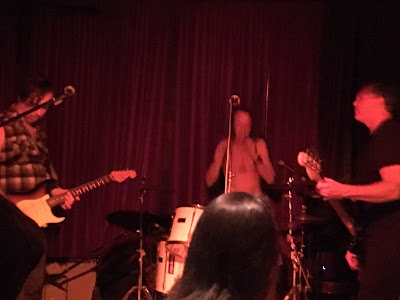 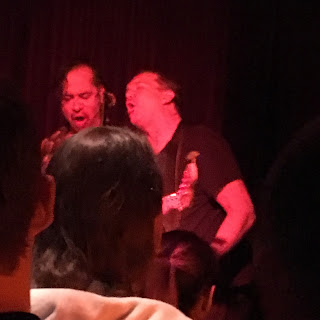 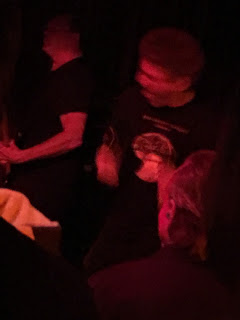 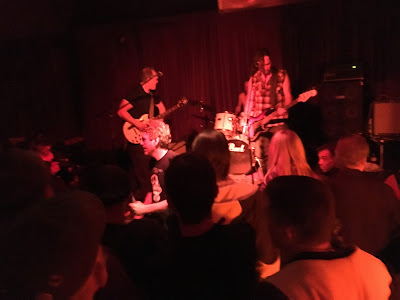 Posted by thehappyone at 2:15 AM 2 comments:

Recorded by thehappyone with Sonic Studios DSM-6s/L microphones into an Olympus LS-5.

Superb recording which I'm thrilled to share with you.

Somebody kept turning off The Night Light, literally...caused by an electrical issue which kept throwing the breaker...which the band dealt with aplomb...even starting up a couple of songs which had been bisected at the solos...

Note:  Not totally complete, I missed the very first 30 seconds and the first interruption before the start of the first song. 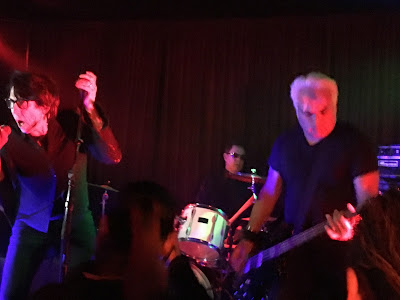 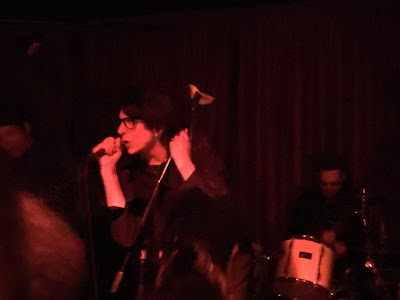 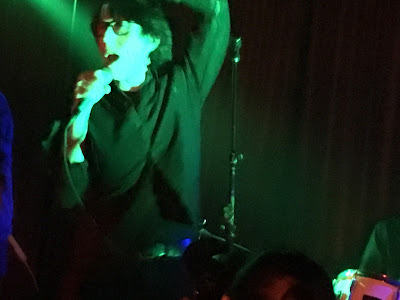 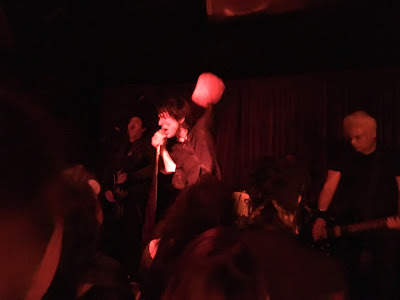 Posted by thehappyone at 8:15 AM No comments:

Ringmix - Bang! by The Weathermen, with samples off my answering machine My latest installment of weirdness, blogging it up for more general consumption, since it's really too good not to share.


Listen to it here.

The backing track is a song called Bang Bang by The Weathermen! Loved that tune...

These were real people that left real messages on our answering machine, around '87-88. Digitized these about 15 years ago...way before computers made sound editing easy, was pretty much doing the "sound on sound" thing with one of those dual cassette decks...if you heard these now you'd figure these were Jerky Boys-style put-ons, but nope, these are 100% the real deal.

The first...I'm sorry to say used to be a close "friend"...she was a WHOLE bunch of evil, and yeah she called me "brother"....get this, she wanted to borrow a pack of Krazy Glue to put in some hated classmate's panties (Think it was a cheerleader rivalry revenge thing), and went apesh*t when I told her that wasn't such a hot idea. And...I eventually did pick up the phone, and (sorry to say) probably gave her the stupid pack of Krazy Glue.  I hope to God she never actually went through with her insane plan.

You see, I was totally smitten with her, even though most of my friends pretty much hated her guts since she was a totally stuck-up POS...and managed to get a couple of nice guys to be her boyfriend...the original draft called them "saps", but that's unfair to them, one in particular I had no problem with, he was a really, really nice (now we'd say 'chill') guy...though one other jock-type we all knew (*NOT* one of her steady boyfriends) bragged about what he was able to get her to do for him, which I could hardly believe at the time, we all figured he was lying or blowing smoke...but in retrospect, now believe was 100% true.

In exchange I got the "privilege" to hang around with her at lunch and do her homework, since I got pretty good grades in high school. She also was a student TA in my senior Econ class which for some unknown reason I was totally bombing, she managed to get on the teacher's computer to change my D to a B...I don't think I asked her to, she just did it...I still feel sick to my stomach about that.

The second miscreant...was some racist tenant who had it in for my dad, and apparently hammed up this totally racist, ugly, hick impersonation, or he really WAS like that, yikes!

...warning: foul/racist/sexist language...and actually quite scary/upsetting at the time...
Posted by thehappyone at 9:55 PM No comments: