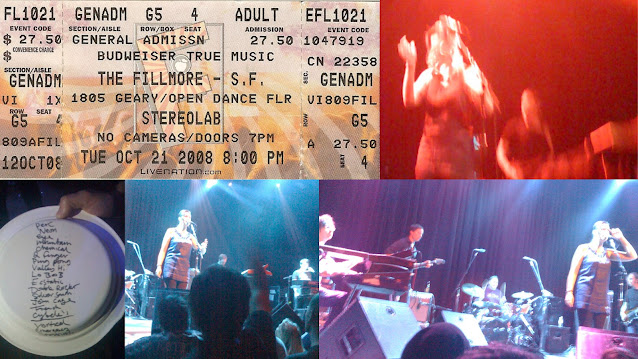 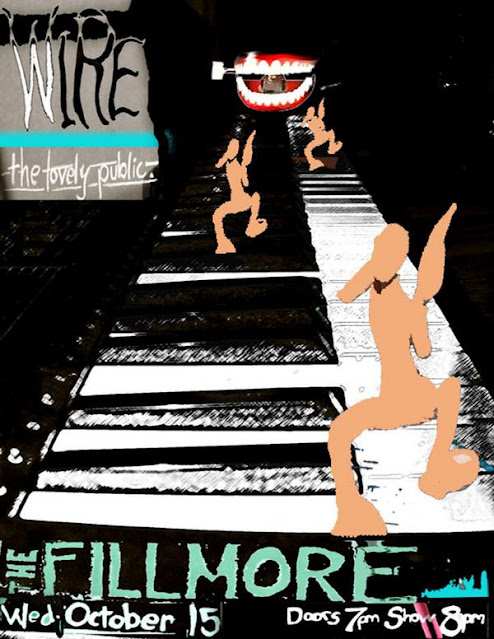 Wire
2008-10-15
The Fillmore
San Francisco CA
taper - thehappyone
kit - Apple iPhone
Yes, you read that right.  An iPhone.  And the sound quality is absolutely atrocious.
What happened?
Simple.  I got caught.  I was asked to check in my Edirol R-09HR, which I think I had just acquired.  So I did.  Arrived way too late to see the openers...
As I detailed an a later email....
I've been caught once. Trying to tape Wire at the Fillmore back in 2008. The staff just held the recorder for me and gave it back to me. Very nice about it too...think it was the band/touring manglement instructed the venue to put up no-taping signs, other shows I've been to there didn't have these... Ended up being one I "recorded" on my iPhone, with the built-ins. It's horribly distorted, all it's good for is hearing Colin Newman talking between songs and figuring out the setlist.
Anyway, it's here if you are morbidly curious...
WIRE - WARNING - HORRIBLE ATROCIOUS SQ
...only useful for ID'ing tracks!!  Which are...
Our Time
Mr. Marx's Table
Comet
Being Sucked In Again
Mekon Headman
Perspex Icon
Advantage In Height
The Agfers Of Kodack
Silk Skin Paws
All Fours
One Of Us
Boiling Boy
The 15th
106 Beats That
I Don't Understand
He Knows
Pink Flag
Lowdown
Underwater Experiences
12XU
(Thanks to Lee McFadden for these)
I never bothered, but here's an Atlanta setlist from the 12th to compare this to if you want to try...i included an MP3 version because I was fiendishly contemplating sharing this on YouTube and the program I use is limited to 100Mb filesizes. Luckily, sanity won the day.
I'll instead feature my friend Mike's recording from 2000, which was shorter and from some accounts I've read, a much better set.