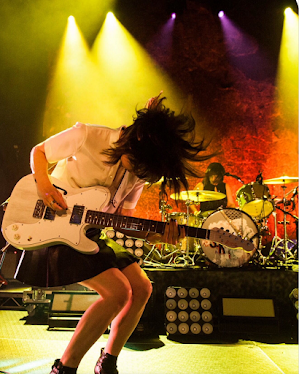 Third ever show taped.  Warning: this is a pretty awful recording.

I normally eschew using hiss reduction, but no choice here as in reaction to my overly brickwalled/clipped New Order recording the month before, this time I used a -20dB patch cable to attenuate what was coming in from the mic.

You can guess what happened...it ended up being way too quiet, meaning that after normalizing, in addition to the hiss, you get to hear the Archos AV320's HD spin up after every minute and 15 seconds or so...sorry about that.

Went with a couple of friends to this show, not sure why we went here instead of SF unless that show was already sold out or wanted a more intimate venue (probably both).

For some odd reason, I never really followed their releases closely, but there probably were at the peak of their game at this point.  The year after, they went on indefinite hiatus, but did get back in 2013, and may end up working together again.

The opening set after the break...