Third in a series of four March 2010 Southern California shows from the San Francisco-based quartet, taped by the indomitable bcingyou. 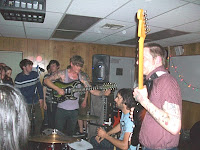 
The 3rd night seeing Thee Oh Sees was a thrill ride....playing in a portable classroom on UC Irvine campus...I didn't think anyone would be able to find this place but the crazies came out of the woodwork and filled this classroom with a capacity of 80 max (campus security made sure no more got in)...easily the most energy intense show I've EVER attended....the only show where I got hit so hard from behind that my tomahawk mic went flying out of my hands and I was stunned wondering: "why are my hands empty and where's my mic"....landed next to Brigid's feet under her keyboard...4 a.m. and I'm still wired...." 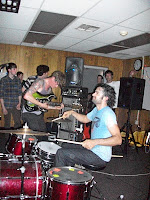 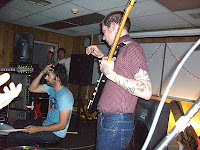 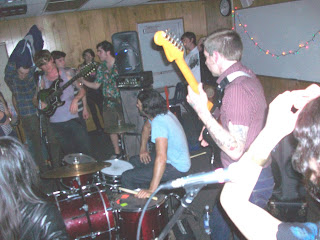 bcingyou documented the openers as well, here's the Cosmonauts' set:

And Sandwitches...most of the songs they played are on their album 'How To Make Ambient Sadcake' but there's a couple that are pretty new which I can't identify. 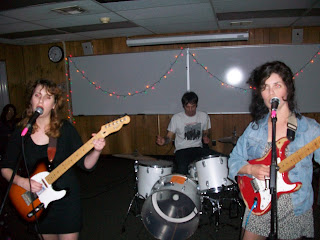 
I dug up a photoset of the bands....
And at some point a recording of 25m of video of TOS may very well surface...
Posted by thehappyone at 8:00 PM