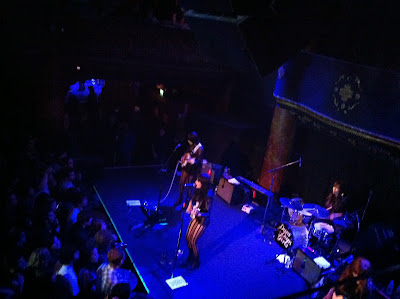 
Always Looking
Bhang Bhang, I'm A Burnout
Catholicked
I Will Be
Rest Of Our Lives
Bedroom Eyes
It Only Takes One Night
Wasted Away
Hold Your Hand
Teardrops On My Pillow
He Gets Me High
In My Head
Jail La La
Heartbeat (Take It Away)
There Is A Light That Never Goes Out
[The Smiths]     (vid 1)  (vid 2)


The DDG recording is up on DIME.

I've been minimizing commentary (better to be thought a fool than to speak and remove all doubt) recently but have to say that the DDG set this time around, even with some technical difficulties surrounding Jules' guitar, was even more tight then the previous times we had seen them last year.  It's uncommon for me to enjoy a band's slower tracks more than their faster paced ones, but this was an exception...Kristin's...er, Dee Dee's vocal delivery was enough to bring the house down, especially on tracks like 'Hold Your Hand' and 'In My Head'...but most of all, the phenomenal encore track 'Coming Down'...I'm hoping they follow groups like The Joy Formidable in getting some national television exposure, even if I probably won't want to catch them in any venues much larger than the GAMH.

Opening bands after the break... 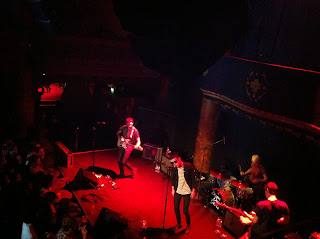 Bite the hand that feeds, Croc! 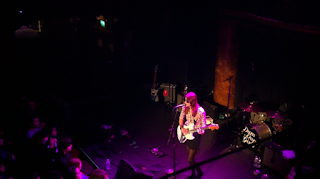 ?
I Wanna Be Degraded
On My Mind (Damone)
Darkest Eyes
Boyfriend
Worship Me

Colleen Green turned out to be a very pleasant surprise, very catchy tunes that stick in yr head, a garage Juliana Hatfield for the 21st century, perhaps.  We were thinking she would benefit from having a live drummer instead of her drum machine unit, but it's not our music to make demands like that...remember what I said above about removing all doubt?
Posted by thehappyone at 3:17 PM