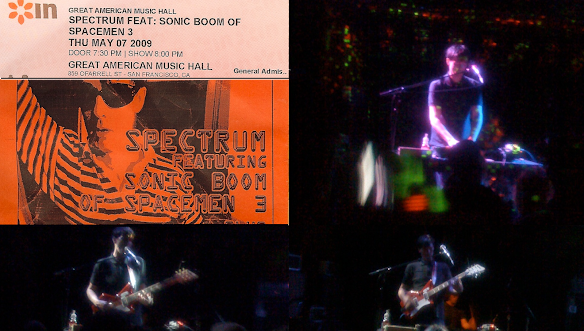 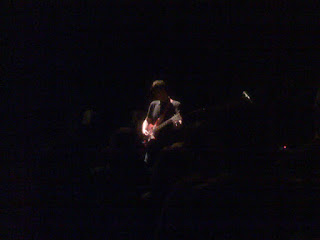 Another outing from Peter Kember and the boys. First time at the GAMH for me, if you can believe it! Great-looking place with a stage not too high up, so you feel like you're right there.
Apparently, he had a sore throat and was losing his voice, so he had throat spray right up on stage and was using it copiously. Music to take sore throat spray to listen to music to.
Got almost all of the Spectrum set, ran out of battery the last couple of minutes but got almost all of the feedback freakout at the end of Suicide.  Killer set otherwise, you won't be disappointed.
I taped both openers, though the Dora Flood set apparently got written over.  There was one other taper lurking about, who may have taped this.
The Entrance Band set I have...and for the first time it is being shared here, their first song was amazing, but it then descended to a bit of a Hendrix power trio-jamband thing, others enjoyed it but not 100% my cup of tea. At one point the singer, some guy dressed all in white, decided to soak in a bit of Spectrum and stood in the audience right in front of us, which was cool.
REMEMBER:
* Leveraging this recording for material gain is seriously uncool.
* I'm okay with MP3 transcodes (or YouTube of course) as long as this info file is kept and/or reference to the original link is retained, which it probably won't be.
* Enjoy the music!