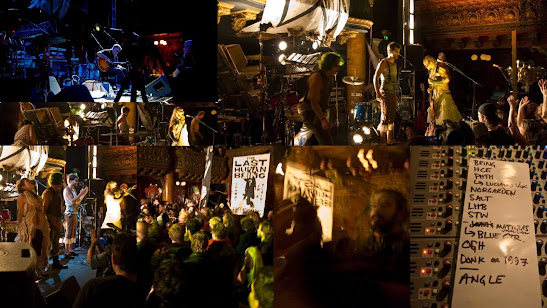 I've heard SGH's albums, and thought they were good, but they pale compared to catching them
live.  Wow!

This was a tour-end show so had a few special additions, like the absolutely unforgettable entrance march, still something I've not see any other band try to pull off.

Took a very interesting position, right in front of Carla Kihlstedt, who is just an amazing musician and performer.  The others are talented too. :)  Thus, the original recording is unbalanced toward the left channel, as that was picking up the fill stack 1" in front of my left mic.  Along with re-EQing some bass, I've fixed this in the mastered version.

A photo of the setlist can be found here, taken by my friend Jason: 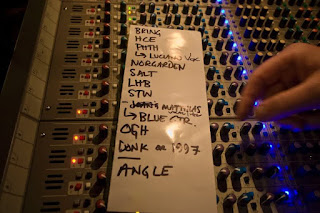 There's also other photos of the band you can peruse at your leisure.   Haha, I'm joking, these were *only* available via the Wayback Machine, which I've managed to collect and extract for your convenience.

I've also included Fred Frith's opening set, which was a single long 30+ minute song.
Apologies for any talking you can hear during this...it is what it is.  As for video there are bits from other Great American shows but none from this as far as I've been able to search. 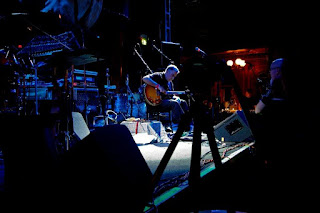 * Do not leverage this recording for material gain.  Not cool.

* MP3 transcodes are fine (but not on DIME of course), just keep the original info file...