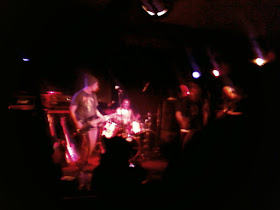 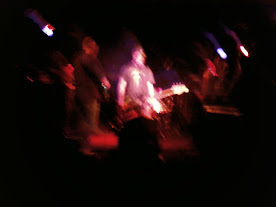 I also recorded headliners Savage Republic, but per agreement with the band, I do not have permission to share this recording publicly.  I can disclose what songs were played, though, since it's already out there, as well as share these two previously unpublished photos from the show.
pre-gig PA music, soundchecking
Procession
Spice Fields
[interlude] There are some people here that saw us in Athens
O Andonis
[interlude] Ethan Port talks
Marshal Tito
[interlude] Is it my imagination
Siam
[interlude] Alan wants to take his short off
Jamahiriya
Mobilization
Ivory Coast
Torpedo
Tablula Rasa
1938
pre-encore PA, 'Kill The Fascists' (audience member), SR come back on
Viva Le Rock n' Roll [Alternative TV]
Real Men
NO DOWNLOAD for Savage Republic
I will instead feature this absolutely stunning recording of them 25 years prior, at the I-Beam.
Posted by thehappyone at 9:00 PM