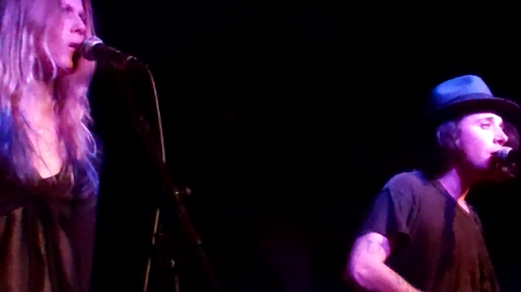 My thoughts go out to the victims of the Japanese earthquake and tsunami.

Minks are Shaun Kilfoyle and Amalie Bruun, with a full band with them on tour.


Both "Funeral Song" and "Ophelia" are favorite songs of mine presently. The Captured Tracks label may currently be on fire with all the quality acts they've featured over the past year (Dum Dum Girls, Thee Oh Sees, The Soft Moon, Wild Nothing, not to mention Mike Sniper's own Blank Dogs) but really the credit should go to the bands themselves for their songcraft and hard work. Even the bass amp packing it in during Funeral Song didn't really blight this gorgeous performance.

If you like what you hear, please visit http://www.capturedtracks.com/minks.php and support the group! 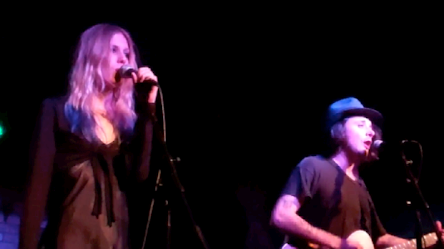 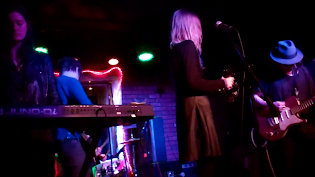 My friend tomzero also filmed "Araby":
Note: A post covering the headlining Dum Dum Girls set is available noe, a mere 10+ years after the fact!  but I'll first wait until their second album is in shops, as otherwise I'd be introducing quite a bit of pre-release material. 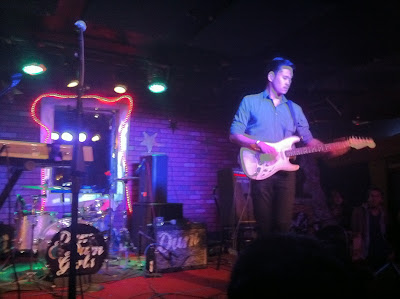 Alex Zhang Hungtai is Dirty Beaches, and yes, I'm going to mention Elvis Presley, Nick Cave, and Suicide as filtered through a retro-futurist 50's guitar sound, as much as that may make some of you already familiar with his work cringe.  Here's a Pitchfork interview for some background, but for me, I have to admit the way he combed his hair between songs frightened me greatly, as well as him jumping into the crowd during the middle of the second(!) song...but later on the set, he ended up terminating a song by accidentally stepping on his power supply, which he handled gracefully.

100 Highways
Sweet 17, where he jumps into the crowd, and then climbed back on stage to finish the song.
Coast To Coast
new song)
The Singer [Johnny Cash cover]
True Blue
Lord Knows Best