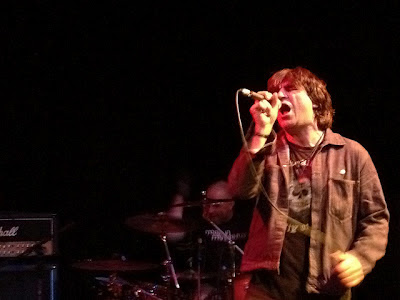 MP3 version is available as well 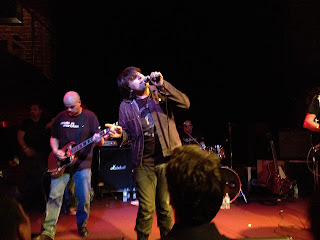 (Original notes included with the DIME seed, which is still running!):

This is a 16-bit / 44.1kHz recording.  Total 80:28, slightly CD-R unfriendly, I'm afraid...if you have to use that archaic you can trim off the audience encore calls after the end of 'View From A Hill'.

Very special as this is the first time the Chameleons (Vox UK version) had played the entirety of 'Script Of The Bridge', meaning airings of a few songs not played live for an age and anon.  Both Chris Oliver from BSL and John Lever played for both the Vox and opening act Black Swan Lane, whom I also found enjoyable.  Nice to see Lever behind the skins, as I reckon the drum intro to "Soul In Isolation" (not played tonight) an absolute masterpiece.

I really can't fault the performance or Mark's impassioned delivery, as he sounds as good as ever, though I found the Vox US version from last year more intriguing because one could relate to the enthusiasm of young musicians struggling to achieve the Chameleons sound versus the more accomplished ensemble playing the more recent dates.  I've seen some amazing shows this year, so the bar's set very high, so
I had to adjust my expectations appropriately here.  Still, this was worth seeing...though the experienced was marred by a few drunkards choosing to storm in during 'A Person Isn't Safe Anywhere These Days', ironically enough.

It's easy to compare him to another Manchester bassist of note, though of course considering he's also the original vocalist, unlike that other personage, there's little worry about in terms of inappropriateness...though I'm eager to see him write and perform new songs at some point in the future again, since he is a marvelously talented songwriter/performer and by (almost) all accounts a seriously generous, kind person.

Think the Church mics (clipped to the inside of my Kangol) did this show fair justice, only adjustment was a little bit of channel balancing, as for some reason it sounded a bit unbalanced towards the right channel.

Kudos to bcingyou for getting his version out so quickly, by the way!  It's still available on DIME.

* Do not redistribute for material gain!

* Please preserve this information file, I'm actually okay with MP3 transcodes (not on DIME of course!), but it pains me when any information about the origins of a recording get lost.

* Above all, enjoy and PLAY LOUD! 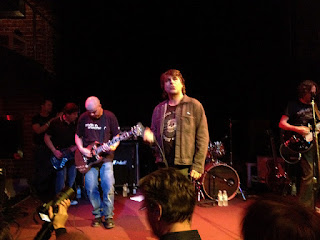 Notes for the AMH edition:

This turns out to have been a superlative recording, I was excellently positioned.  Some of these songs haven't been heard live since the early 80s, if ever.

I have to say that Mark Burgess is probably in as fine vocal form as any artist who has been performing his material for 30+ years.  As mentioned, I videoed the last main set track and all the encore tracks, but unfortunately lost these in a HDD crash.  I also didn't go to the Club Du Nord show a few days later.

Up The Down Escalator:  "There's no Eden...there's no Eden anyway".  I can now report that Mark has finally found (update: and lost) his Eden.

Videos from both 2011 Bay Area appearances 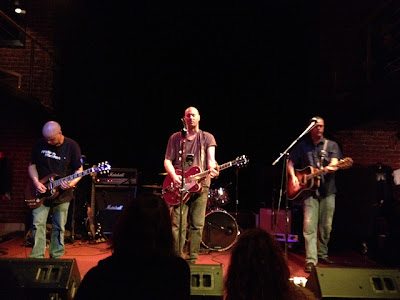 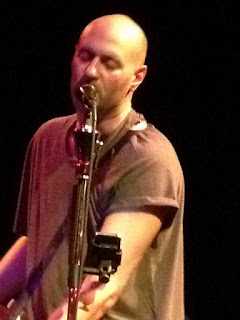 By request, I went and pulled this out of AMH's archives and realized that for some reason, I neglected to share this anywhere.  Not on account of any lack of quality of the recording and the performance, this is really good actually, but I think because I suffered a HDD crash at around this time, and didn't have time to get to it.  So am remedying that now.


Black Swan Lane was formed with Mark Burgess as a member of the group, so he had helped with some of the songs the group had performed.  Naturally, when it came time to concentrate on Chameleons material, he focused on that, but still invited BSL to open for his tour last year.  They clearly share much in the way of sound, so this is right up the alley for any Chams fans.  As for a further description...don't hear any more from me, but from the group themselves, from their own blog: 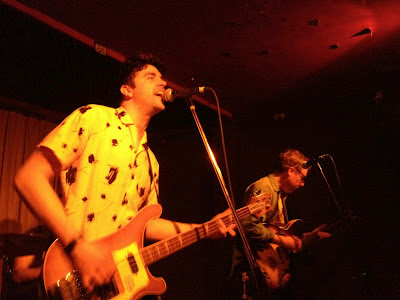 
This was the record release show for their album Killing Time, which was performed in order. 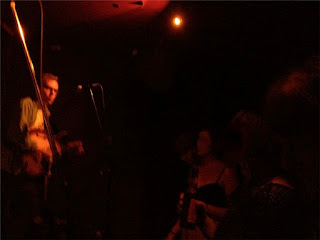 Something About You
Not Far From It
Where Is The Weekend
Tumble Down
No Sir, I'm Not A Christian
Waiting Room
I'm Neurotic
Nauseous
Mall Dreams
No Good For You
I Do
What Was It
Can't Tell No One
No Big Deal


If you haven't already, stop what you are doing and go to the SLR site to buy this now.


Craazy show, with a pit going throughout, with yours truly in the fray, of course...with Papa Slumber right down in front moshing with the best of them.

Posted by thehappyone at 8:41 AM No comments: 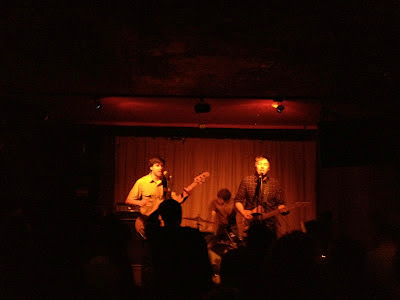 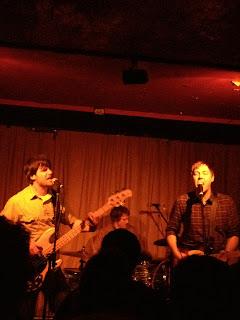 I was very impressed with these guys, they've been likened to the Minutemen-cum-Wire/Gang of Four and must be the best-sounding English group from Oakland (singer/guitarist Allen McLaughton is a Glaswegian expat).Setlist01 - Playing Both Sides [NOT RECORDED, we were still in the bar waiting to get in.  Fairly sure (but not 100% certain) it was this song]02 - No 198203 - Leaving04 - 80s Aesthetic05 - To Kill The King 06 - Crowd Control07 - Flex Time08 - Blind Spot09 - Coming Up Roses10 - You Were Seen
Download (FLACs in zipfile)


Photoset (Flickr)
Article with links to MP3s of 'Playing Both Sides' and 'Flex Time'
Posted by thehappyone at 2:06 AM No comments: