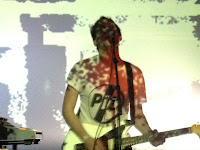 Impressive as they got into full All Hallow's Eve spirit and played the set wearing clear lucite masks.  Luis continues his amazing display of shirtwear with the Public Image Ltd tee.  The new tracks availed really well, especially Alive, which is shaping out to be the best thing they have done to date, and was pleased to see 'Bones' also appear in the set.  About the only thing we didn't get was 'Phantoms'.


I was wearing a Angry Birds pig mask...you can hear an amusing exchange befor the encore...the significance of this in light of what I was doing (TMQ/Swingin' Pig) not being lost on me.  This recording has quite a bit of audience chatter, which I actually didn't mind at all...there were a group of kids that were very excited and wanted to crash around, but there's also a faction that likes to stand watching in silence, and not be slammed...and as you can imagine, they came to loggerheads.

They only brought 20 copies of their EP, so I ended up having to go to the Captured Tracks site to order my copy.  You should too, if you haven't already!

Opening bands after the jump... 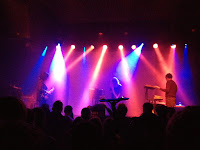 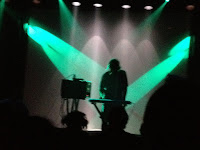 These guys are also on the Captured Tracks label, as some of you undoubtedly know.  Haven't heard them prior to their show.

Seven songs performed.  Could only ID one track, the fifth, which is 'Scissors'.  I reckon they were playing a lot of new songs. 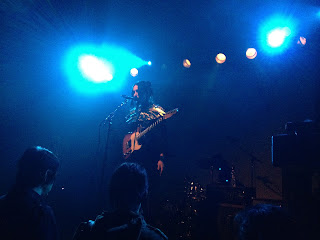 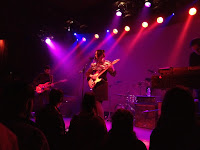 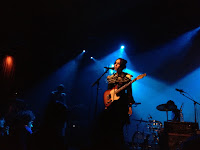 
I arrived a bit late, so missed the first couple of songs.

Thanks to 'anonymous' for ID'ing track 4.


For a complete set of photos, visit my Flickr...

Posted by thehappyone at 8:29 AM