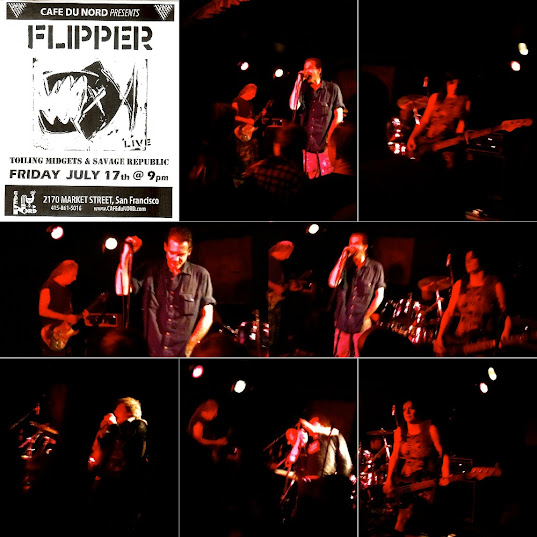 REPPLIF  (pCloud stream/dl)
"The Lights The Sound The Rhythm The Noise " - Filmed by 'BayAreaMusicLens' for their 2008 Cafe Du Nord show, with Krist from Nirvana instead of Rachel from Frightwig on bassist duties...for Flipper, this instrument is the equivalent to drummers for Spinal Tap, it is said.
Toiling Midgets
Same equipment as Flipper

"Slaughter On Sumner St." - in color
(posted by BayAreaMusicLens, not from this show but from one on Jan 4th of this year at Anne's Social Club)
B&W version
I don't think my recording has ever been circulated.
No idea about setlist, currently.  I'll work on it!  Hard because no complete setlists seem to be readily reference-able, which is understandable given these are all instrumentals.   Note: this ended up getting recorded by the built-in mics vs my outboard rig, but with the volume not attenuated, hence a distorted mush.  Sorry!

Awful person at the end of song #3 shouting for the band to "play something good".  I'm like (both then and now) "FUCK OFF..."

Tim Mooney had drummed for The Sleepers for much of their existence and for Toiling Midges throughout and would tragically pass away in 2012.
SMALL HARD WORK  (pCloud stream/DL) 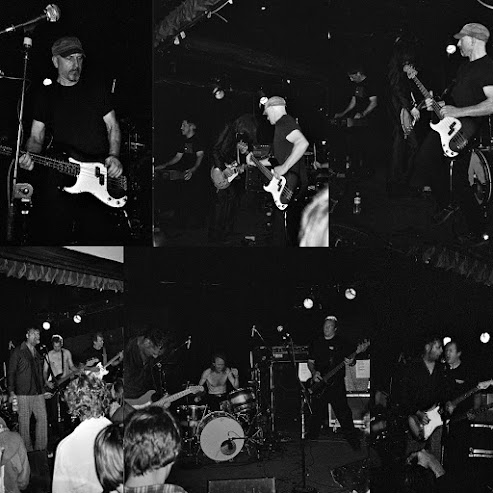