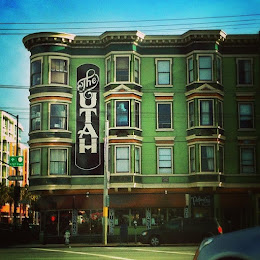 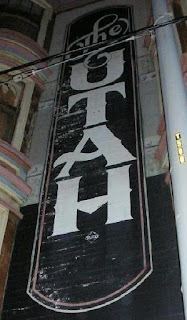 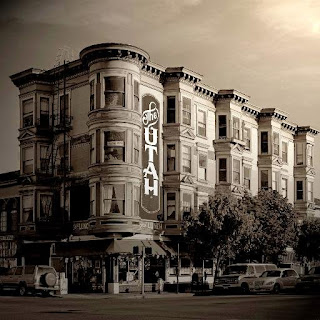 As far as I know, none of it has ever been circulated, though the tracksplits/preparation were done shortly after this was recorded.

00 soundchecking  5:42
01 Kill The Lights  4:58
02 Made Up My Mind   4:36
03 Harm  6:10
04 Between Twilight and the Morning (new one)   4:35
05 Snow Angels  5:17
06 'Your Arms Around Me'  6:32
07 The Ballad Of Paper Ships  4:23
08 Small Birds  5:35
09 outro  0:52
Both of these acts have gorgeous instrumentation, and Odessa wass in fine voice here for this show.  I remember the acoustics were weird because the bar was outside of the interior gig room but seemed to wrap around, so you could never quite forget that playing at the Utah was still in effect a bar show.
A couple of notes for songs played by Odessa.
"Between Twilight and the Morning" (which I had listed as 'Between Today and Tomorrow' and have amended) is on her 2013 EP Invisible Stories.
I'm not sure if 'Your Arms Around Me' was ever released.
She sang vocals on a couple of Carta songs on their first album.
Odessa Chen / streaming + download link
Some videos....  they're linked to a playlist so it should show you others of here.

I’m well aware of my shortcomings…so please hold any criticism and use it to inform the creation of your own work.  - ODESSA CHEN

Well said.   I can tell you having produced a few of my own original works... I am in no way qualified to inform my own works with any criticism I may have of others!  That's not to say I can't critique the phenomenon of someone like Miley Ray Cyrus in terms of the lack of equilibrium in terms of her position in the mainstream or as a part of the machinery inherent in the sausage grinder of late capitalism (versus her own musical ability and muses), but what have I done compared to someone like that, much less someone like Odessa?