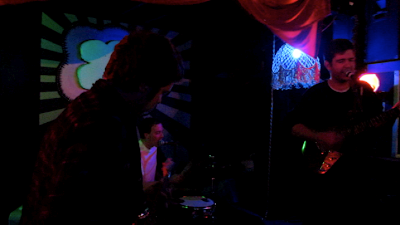 Much of the music I like these days isn't very cheery, but this is...it's positively uplifting post-punk/garage pop. 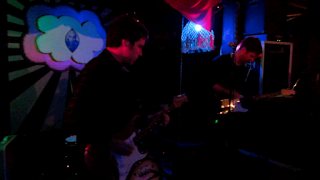 I'll let this review speak for me: "Woollen Kits are the newest rock 'n roll sensation from Australia, and the latest signing from one of my new turn-to-record labels, RIP Society. Following on the heels of their catchy Maths 7" from last year, the Woollen Kits' recently released self-titled album is an LP you'll want to play over and over again - it's fun, stripped down, garage-inspired post-punk. If John Peel were still around, he'd definitely want the Woollen Kits on his BBC radio program. It's just the type of timeless, fiercely independent jangle guitar pop he'd love... and you will too."

Here's a video of the complete show, which I synced the above audio source to:

Another show after the jump... 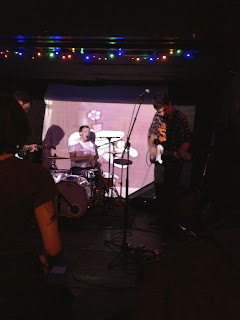 
That's Greer from The Mallard watching on.  Appreciate anybody who can ID the third song (sounds like So Cold??), which I gather was pretty new, it's great!

Thx to Tom from Woollen kits for the ID of the third song!

Posted by thehappyone at 8:28 AM