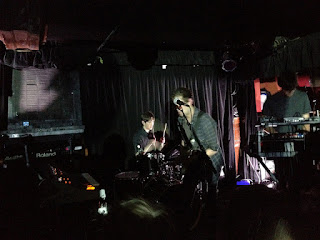 What better way to celebrate my 100th post with posting some shows by THE group that pretty much revitalized my love of some of the groups that call this place home whom I've been fortunate enough to see perform.  Still amazes me I had no idea of what they were doing until another blogger (the guy who runs this site) made me aware of them.

Recorded by thehappyone, with Church Audio mics into Olympus LS-5.  This ended up being a solo outing, as this show sold out, so my compatriot wasn't able to get tickets.

...PA music, soundchecking...
We Are We
...we fucked up some shit on stage...
Alive
Dead Love
Into The Depths

Inaugural performance with Keven Tecon (Veil Veil Vanish/ Wax Idols) on the sticks.  There was NO announcement beforehand, this took me by surprise, but not unpleasantly since he had played with Justin before and fit right into the darkness woven by the prior three-piece, and definitely added some dynamics to the new songs, and was no worse than the drum machines for the tracks on the eponymous release.

Photoset (Flickr).  Most taken with Canon T2i, though clearly I was having trouble due to the strobe, a video would have been better. 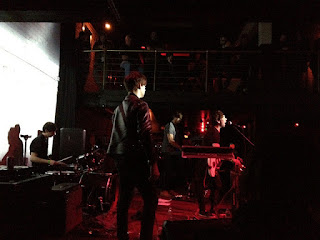 There are some outstanding groups that call themselves home in my
area. I really hate the term 'San Francisco scene' because...well, for one, it's not true, many of the bands actually reside in Oakland, which deserves some countervailing good press (which it's been getting actually) besides what one hears in the news about the latest shooting, etc...since better or worse it's harder and harder for creative people to afford SF.

Second show with Keven Tecon (Veil Veil Vanish/Wax Idols) on drums. No 'When It's Over' but as you can see, the sequence was completely different to the Cafe Du Nord show (which had sold out) a couple of weeks ago.

Complete video of show, filmed with Cisco Flip HD from the side of the stage, with sound synchronized from the audio recordings, as otherwise it would have been badly distorted.


And one more recording to feature... 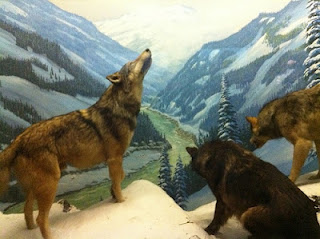 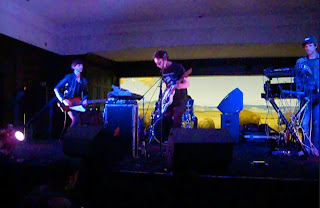 Complete video of this show.